Traveler, adventurer, and filmmaker Daniel Rintz, author of an award-winning adventure film “Somewhere Else Tomorrow”, is back in the director’s chair. Having come home to Germany after their round the world motorcycle journey, Daniel and his girlfriend Josephine are busy making the sequel to Daniel’s first movie.

How To Make the Best Motorcycle Video: Tolga Basol

Tolga Basol, a professional motion designer and filmmaker, has been on the road for years now. Currently, Tolga is slowly making his way from Central America back to the US before heading out into the world again.

The Birth of the Trans European Trail

Just about every adventure rider has probably heard of the Trans America Trail – a five-thousand-mile off-road track from North Carolina to Oregon, a bucket list coast-to-coast ride.

Whether you’re planning a weekend ride or a round the world motorcycle odyssey, gear is important. But which gear? Off road gear? ADV gear? Which works better, and when?

The mad nomad is quite interesting. He’s been a waiter, a cook’s assistant, computer programmer, writer, and a sailboat captain during the summers. Elias Vrohidis is a jack-of-all-trades with a passion for learning and travelling.

Mosko Moto: the dirt and the inspiration

Mosko Moto isn’t a traditional motorcycle luggage and accessories company: there’s no slick marketing department, no shiny dealerships, and no glossy advertising campaigns. Instead, founders Pete Day and Andrew Bryden rely on word of mouth from riders, direct interaction with their customers and an unwavering trust that the quality of Mosko Moto soft luggage will advertise itself.

Klim Gear: Behind the Scenes

Although Klim’s primary market is the snowmobile crowd, the Idaho-based company makes what most consider to be the best motorcycling gear out there. With a daring tagline “This Is Hardware, Not Apparel”, Klim provides some of the toughest, most technologically advanced gear for dirt, dual sport, and adventure riders around the world.

What’s Klim’s secret, how is their gear designed and what’s new for Klim in 2018? We talked to their head gear designer, Kelsey Runge, to find out.

In 1985, Al Jesse was riding his bike across the Sahara following the Paris – Dakar route. Along the way, he realized there was a big gap in the market: there was practically no motorcycle luggage available for adventure riders.

Border crossings are probably the most notorious, anecdotal, and dreaded part of overland travel. The bad news is, they just can’t be avoided. But the good news? Border crossings in South America are among the least complicated, and with the right preparation and attitude, you can breeze through them in no time at all!

Earth-Roamers: "For us the Nomad lifestyle is still the best way to live"

Earth-Roamers is a father and son team who place their passion for travelling as a number one priority. They have ridden far and wide, for more than 120,000 km, without a concrete route while letting their wanderlust lead the way. On March 6th, 2016, a 19 year old Mike became the youngest person to have circumnavigated the world on a motorcycle.

They had hardships and difficulties on the road but none of it diminished the joy of travelling. 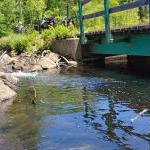 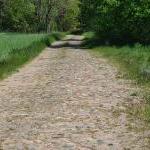 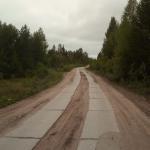 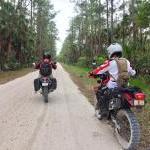 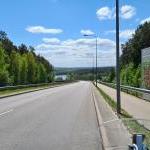 We love bringing you ADVTracks completely free of charge: that's what sharing is all about! If you like what you see, please consider a donation. Your help would enable us to pay our server hosting and infrastructure fees and develop ADVTracks further, bringing you even more amazing features along the way

Buy us a coffee